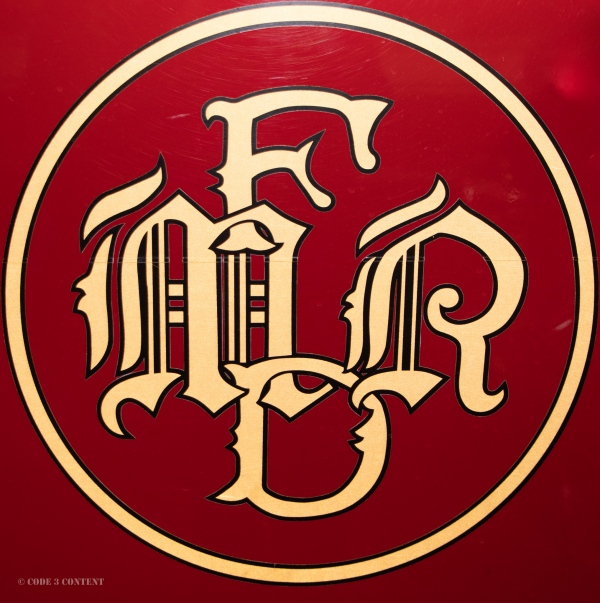 The McKees Rocks Volunteer Fire Department was established in 1983 following the decision to disband the previously fully paid McKees Rocks Fire Department. Since then we have been in the process of upgrading the equipment and vehicles we utilize on a daily basis. Since 2005, we received a new engine with vehicle rescue capabilities, a 2005 Spartan Engine. We recently replaced our 1979 American LaFrance Engine with a used 1989 Pierce Lance engine. In 2019 the MRVFD was awarded a FEMA grant in order to purchase a new ladder truck to replace our current 1971 American LaFrance. After many meetings, and demonstrations from various fire truck manufacturers, we decided to purchase a 2020 KME Aerialcat 109 foot quint. Meaning it is a multi-purpose vehicle capable of performing multiple jobs on the fireground from one vehicle. Also in 2019, we were awared the AFG (Assistance for Firefighter's Grant) from PEMA, in which we used to replace all of the fire hose and nozzles on all apparatus. We currently operate with 2 engines, a ladder truck and a utility. Currently the department has 19 active firefighters made up of a Chief, Deputy Chief, Battalion Chief, 3 Lieutenants, Chief Engineer, and firefighters. 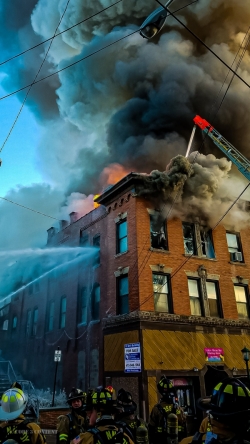 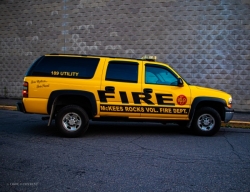 This site has been viewed 52,497 times.
Events
Pictures
Apparatus
Maintained by the members and staff of McKees Rocks VFD Station 189. Designated trademarks and brands are the property of their respective owners. Copyright © 2006-2022. YourFirstDue Inc. All Rights Reserved. Content on this web site is supplied by McKees Rocks VFD Station 189. YourFirstDue Inc. cannot be held responsible or liable for any content, text, pictures, or any other media found on this web site.
Management login
Powered by